Despite the efforts of the central government, NGOs and other partners, malaria is still rampant in Kwilu province in the southwestern part of the Democratic Republic of Congo (DRC). The human rights activists are concerned and are calling for authorities and their partners to increase their efforts to improve the situation.

It’s 12:33 p.m. on Thursday, August 26, 2021. Josseline Ndaka, 13, is in the “Emergency Room” of the “Kiyankayi Clinic”, Kikwit city, in the hands of the nursing staff. She has a high fever, considerable physical weakness accompanied by breathing difficulties and anemia. Sometimes she has palpitations.

“This is a case of severe malaria, anemic form. We receive several times similar cases”, Dr. Paulin Kiyankay, attending physician and head of the clinic, says.

From June to August 26, 2021, this clinic has recorded 223 cases of severe malaria, says Atweka Bienvenue, a nurse in charge of patient reception.

In Gungu, a territory located more than 100 kilometers from Kikwit, also in Kwilu province, a four-year-old child, Jean Muntu, died on July 13, 2021.

“We went to the hospital a little late because of lack of funds. My son still had a fever. He was vomiting, had diarrhea. He became pale, had no balance. We only spent two days in the hospital before he died,” says his anxious mother Thérèse Ngolo.

As for Odon Mfumu, he is still on the bed at a health center of Kikwit.

“We let him sleep, because he has just taken the treatment. This is another case of severe malaria”, Anny Mingolo, a nurse, says.

For her part, Pauline Longoto, a pregnant woman from the territory of Idiofa, has just been discharged from the hospital.

“I was vomiting a lot. I also had headaches, abdominal pain, diarrhea… After the laboratory tests, the laboratory technician told me that I had the digestive form of severe malaria. I continue to take the prescribed anti-malarial drugs”, she testifies.

Every three to five years, the Congolese government, with the financial support of its international partners such as the ‘’Global Fund’’, distributes free insecticide-treated mosquito nets to families to protect them from this disease.

The Democratic Republic of Congo (DRC) has the second highest number of malaria cases and deaths globally (12% of cases and 11% of deaths) and 54.6% of cases in Central Africa in 2018, ‘’Severe Malaria Observatory’’ explains.

According to this organization, malaria is among the principal causes of morbidity and mortality in the DRC, accounting for 44 percent of all outpatient visits and for 22 percent of deaths in 2018. Approximately 97 percent of the population lives in zones with stable malaria transmission lasting 8–12 months per year. The highest levels of transmission occur in zones situated in the north and center of the country 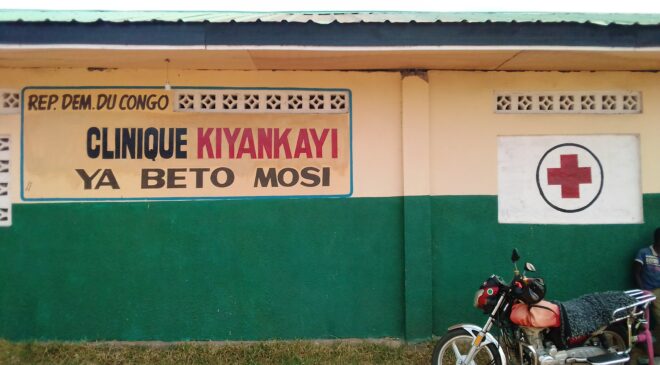 The organization of malaria control in the DRC is ensured by the PNLP (National Malaria Control Program) created by Ministerial Order N° 1250/CAB/MIN/SP/008/1998 of July 22, 1998.

Its mandate is to define the general policy for the fight against malaria, to facilitate partnership with other public and private sectors, to plan and coordinate malaria control activities, to ensure the advocacy of “Roll Back Malaria” for the appropriation by the different partners and the mobilization of the necessary resources for its implementation.

For its part, for several years, SANRU (Soins de Santé Primaire en Milieu Rurale), one of the government’s partner NGOs, has been involved in the fight against malaria in the DRC in the public sector and this fight is now extending to the private sector.

It is in this context that SANRU organized a meeting with importers of pharmaceutical products in the DRC, this Wednesday, August 28, 2019 in the room of the Federation of Enterprises of Congo in Kinshasa, the capital.

In 2016, the CNRSC (National Coordination for Community System Strengthening), an NGO specialized in health and partner of the Ministry of Health in DRC, trained 676 “Community Actors” on general malaria information, communication techniques, monitoring and reporting in order to fight malaria.

After the training, political and administrative authorities, religious and community leaders signed a commitment to fight against malaria.

“If there is a lot of resistance, it is because there are many cases of self-medication, misuse of quinine, use of prohibited products, lack of sanitation in the living environment, poorly treated malaria, non-use of insecticide-treated nets by many families, delay in care, etc.,” explains Dr. Kiyankay.