The United Nations Research Institute for Social Development (UNRISD), one of the autonomous institutions of the United Nations system, has taken up the cause. Through a flagship report launched on October 21, 2022 in Geneva (Switzerland), it vehemently denounces social inequalities observed throughout the world while proposing a “new social contract” as one of the solutions.

Entitled ”Inequality Crises: Power Shift for a New Social Contract”, this voluminous report (348 pages in PDF format) warns that our world is in a state of fracture, the social contract is broken.

According to this report, the extreme inequalities, the environmental destruction and the vulnerability of the crises we are experiencing today are not a failure of the system, but a characteristic of it.

“Vulnerable and marginalized groups are falling further and further behind; elites are protecting themselves and often exploiting crises for their own benefit,” denounces the UNRISD 2022 flagship report.

The same document reveals that the fact that a global health crisis has doubled the wealth of the world’s 10 richest men while plunging more than 120 million people into extreme poverty is perhaps the best evidence of the urgent need to rethink our global system.

Regarding the COVID-19 health crisis, this UNRISD 2022 flagship report hammers home the point: “The period since the virus was first detected in early 2020 has been marked by widespread loss of life, severe economic recession, declines in many human development indicators, and a general increase in poverty. Yet, at the same time, it has also brought significant gains to a very small group of people, as the concentration of wealth at the top has intensified since the start of the pandemic.”

In the Democratic Republic of Congo (DRC), for example, the pandemic has caused severe economic hardship as institutions, traders, families, and individuals continue to experience negative economic impacts. The improvement of these economic conditions in this Central African country will still take time.

For example, the store of the establishment ”Bikie ya Kie” located in the Plateau of the city of Kikwit, Kwilu province, in the southwest of the DRC is still bankrupt and closed. There are no more activities of sale of various articles in spite of the positive evolution in relation to the pandemic in this country and the lifting of the “State of Health Emergency” by the President of the Republic in August 2020.

Jean-Marie Kosongiato, initiator of this store which employed four people is worried: “I lost a turnover of 9000 dollars. The situation is explained by the fact that the President of the Republic, during the state of health emergency that lasted six months because of the coronavirus, had cut off the capital Kinshasa from the other provinces. No entry, no exit. This reality has brought activities to a standstill,” he says. 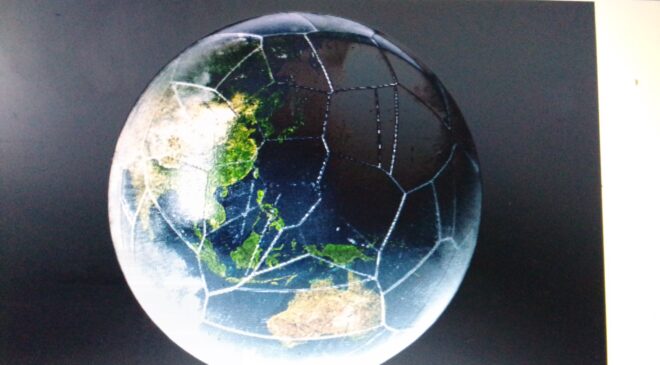 He affirms that the stock being finished, the receipts were more used to solve some social problems: to pay the salary arrears of his four agents who had family situations to solve; to pay the rent for the house where the store is housed etc.

“I am struggling to resume these activities. I don’t know yet when it will be effective,” he says.

In Kinshasa, the capital, Pauline Ebaka, 55 years old, in the commune of N’djili, district 7, is among the agents who were fired from “Kin Express”, one of the travel agencies that connect Kinshasa – Bandundu, Kinshasa – Central Kongo.

She lost her three-year-old son last September: “I had no money to take him to the hospital. My son had a case of severe diarrhea. People I approached to borrow money did not respond positively. Restoration at the family level has become complicated”, she regrets.

In Mbuji-Mayi, Kasai Oriental province, in the center of the country, a divorce almost took place between John Tshimanga and his wife last August.

“My wife didn’t believe that I could be short of money. However, the trips I used to make to Kinshasa to get by were no longer possible because of the state of health emergency and the isolation of Kinshasa from the provinces,” he says.

Situations in a crucial context

According to Jonas KibalaKuma, a Congolese economist, “The standard of living of the population in the DRC is low in terms of GDP (Gross Domestic Product) per capita, which is low and has been falling since 1960. Poverty rates are high (63.4%).

“To date, many industries are operating at 3/4 of their capacity. I’m worried, I don’t know what’s going on. The economy is at its worst. A lot of companies had laid off staff, they are struggling. The banks had restructured 25% of their credit potential,” admitted Kimona Bonge, managing director of the Federation of Enterprises of Congo, the largest union of economic operators in the DRC, a few days ago on Top Congo FM, one of the radio stations broadcasting in Kinshasa, the capital.

The facts mentioned rightly justify the content of the UNRISD’s flagship report on COVID-19.

A “new social contract” as one of the solutions

“We can create pathways to a new eco-social contract based on visions of justice, equality and sustainability. We need a new development model for social, economic and climate justice,” suggests the aforementioned flagship report.

The paper notes that only by rebalancing existing power structures and creating new alliances will we achieve transformative change.

“Developing countries must have a greater impact in international policy-making forums, which is particularly important in light of the international response to climate change. While there is an urgent need for greater global cooperation and action, this must be done without undermining governments’ policy space and ability to pursue their development agendas (see Vicente Paolo Yu’s Spotlight and section 4. 2 above): this requires, for example, special and differential treatment in international trade negotiations and agreements; the prohibition of unilateral trade protectionism as a response to climate or environmental change; and fairer treatment of subsidies to developing countries to support diversification into climate-friendly industrial, energy and economic sectors,” the report hammers out.

When asked about this UNRISD 2022 flagship document, Gregoire Mulolo, a human rights activist in the DRC, does not mince words: “This report is timely. For years, social inequalities have created suicidal gaps among social classes around the world, yet the Universal Declaration of Human Rights states that we are all born equal. I support UNRISD’s approach. I will also be involved in sensitizing our communities and our leaders to create a new social contract.