A few days ago, the Honorable Emmanuel Musukulu Barande, national deputy elected for the electoral district of Bulungu, as well as the Honorable Moïse Ngalangala, provincial deputy of Kwilu, went to meet the population at the grassroots level in order to find out what is happening at the community level and to bring the echoes to the parliament and the competent authorities.

According to the rules of procedure of the Parliament, the elected representatives must stay at least for 3 weeks in their bases and bring back to the Parliament the report of their parliamentary vacations. 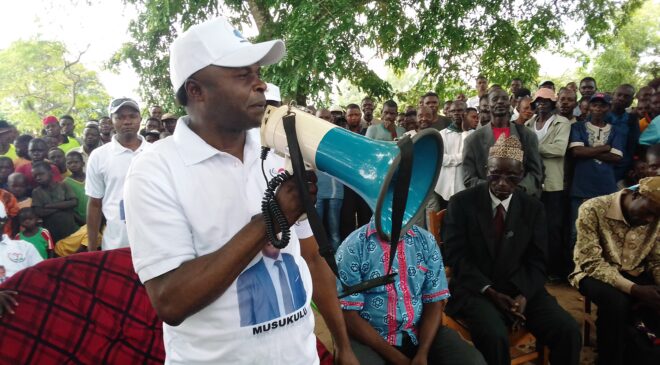 “But this time, due to security and political reasons in the country, the normal duration of the parliamentary vacation was not met, except for a few days granted”, explained Honorable Musukulu.

In spite of this, the two elected officials, starting from Kikwit, the economic city of Kwilu, have endeavored to travel more than 90 kilometers to meet their elected officials and exchange views. A trip that allowed Barande and Ngalangala to exploit and unearth the state of the roads which is one of the major problems of the population of their constituency.

A descent in a context characterized by an acute level of poverty of the Congolese population as a whole.

The two parliamentarians were accompanied by some members of the Musukulu Foundation, one of the civil society structures created by the above-mentioned national deputy in order to contribute to the development of the territory of Bulungu. 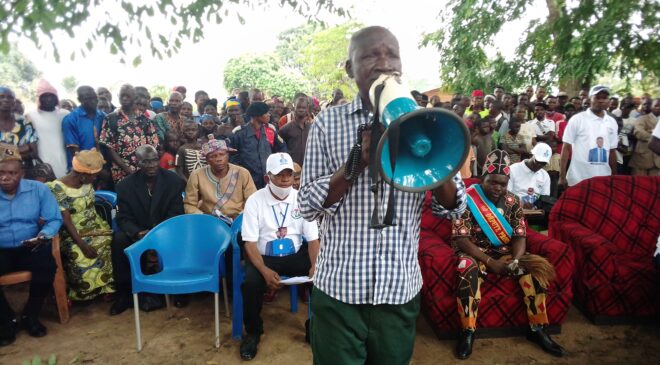 The population of this electoral district was massive, as it was well sensitized beforehand for the occasion.

This is the third time these two elected officials have made such a trip. It was a great opportunity for them to respond to the problems and needs expressed by their bases during previous trips.

The chief of the village Tango-Gomena, sector Imbongo, seized the opportunity of the arrival of these elected officials to hand over a memo that evokes the various problems of his village.

The largest meeting with the population took place on Saturday, September 11, 2021 at the chief town of the Niadi-Nkara sector. The population was almost opaque, coming from all the groups and villages of the sector.

All the group leaders, the members of the extended Security Council, the chiefs of the different villages, the religious denominations as well as the popular plurality have enhanced this event with their presence.

“My joy is more than yours. Indeed, for several years, no chief of this sector of Niadi-Nkara has recorded several elected officials as it is the case during my reign. Power comes from God. This is what makes it possible for us to have four provincial deputies and three national deputies, including one in Kikwit,” said Egide Ndabasongo, head of the Niadi-Nkara sector, introducing the event.

For his part, Hon. Ngala-Ngala, provincial deputy, invited the population and the political-administrative authorities to respect customs. He was pleased with the peace that has returned to this part of the country after several months of intense tensions that had caused the death of men and the burning of houses in this area.

“We greet you warmly. If there is no clan, there is no village. If there are no groups, there are no sectors, etc. Let peace reign. It is custom that is the origin of judicial law. Let everyone respect custom and its meanders,” he said, regretting a kind of tohubohus recorded in the recent past concerning land and forestry conflicts in this area.

As for him, the Honorable Musukulu Barande, national deputy, first reiterated his thanks to the populations who have made peace and buried the axe of war.

“Before coming here, I had a small meeting with the security council. According to the report given, there is an encouraging calm in our area. Applaud for yourselves. If there is peace at the grassroots, there must also be peace where we are in parliament. But we did not have a vacation because of the security problems in the east of the country and the problem of the state of siege,” he said.

“Congratulations because you had followed our advice during the last trip,” he added.

The ”Musukulu Foundation” at the bedside of the communities

Concerning the problem of development, the “Musukulu Foundation” is hard at work and is not crossing its arms. This civil society structure has seized this opportunity to carry out tangible actions.

On the same day as the meeting with the population in the capital of the Niadi-Nkara sector, this Foundation publicly entrusted balloons and jackets to the youth teams of 114 villages in the Niadi-Nkara sector. This same gesture had begun in the Imbongo sector via two villages: Tango Gomena and Tango Idiofa. 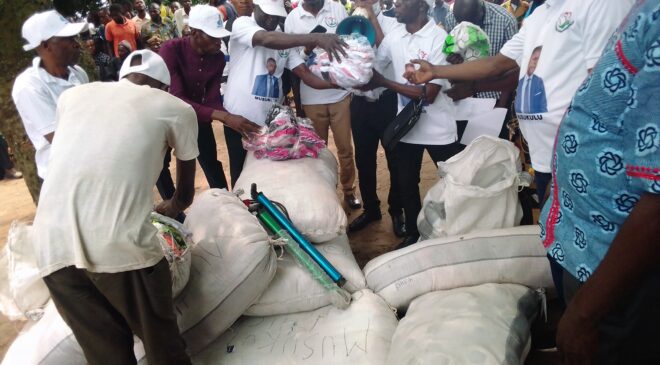 He recalled the action that this foundation had carried out last year that of the free distribution of medicines to the population of the same sector while inviting the population to unity.

“Let go of the problem of conflicts that do not build,” he insisted.

The “Musukulu Foundation” has also entrusted 320 metal sheets to the village Mibiere to rebuild the houses destroyed during the last conflicts.

The actions carried out have provoked reactions from the beneficiaries. 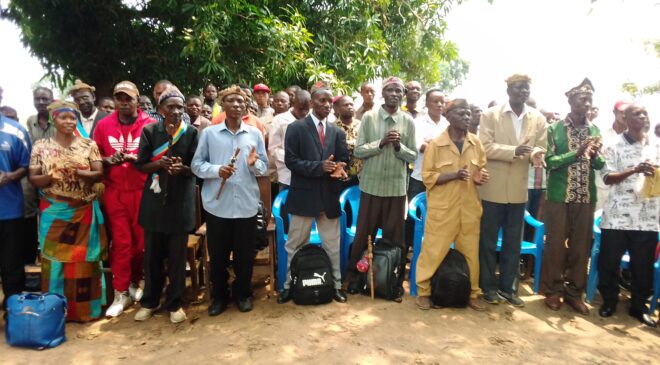 “I am very happy to have received these jackets and balloons from the Foundation. This will consolidate cohesion and peace. I ask the young people to stop the disorder and to devote themselves to development work,” said Mbolo Nzimbangu, chief of the village Mungala.

The same is true of other beneficiaries.  For example, Noelle Minsanga, also a beneficiary, was delighted: “Instead of going to sow disorder through drugs, the youth will be occupied by soccer.