Low-income countries are limited by gaping holes in agricultural and rural data that could inform planning, budgeting and policy making in this vital sector.

$957 billion. That has just been confirmed by the UN as the average amount that low- and lower-middle-income countries invest annually in agriculture. So, if agriculture accounts for more than 25% of GDP in some developing countries, employs 63% of the world’s poor people and has the potential to improve food security for 80% of them, then why hasn’t this investment translated into stronger economies and better livelihoods?

One of the answers is data. Or the lack of it. Many low-income countries are limited by gaping holes in agricultural and rural data that could inform planning, budgeting and policy making in this vital sector. The scarcity of high-quality, timely agricultural data is directly complicating countries’ plans for economic growth and efforts to reduce poverty.

These data gaps take on added significance this year because it is a “super-year” for food systems, a year in which food production, consumption and disposal finally received the requisite global attention as the United Nations convenes the world’s first Food Systems Summit in September. With a view to improving stability and prosperity for people and the planet,  the Summit is a massive undertaking, engaging millions—scientists, farmers, youth, indigenous peoples, researchers, private sector, policy leaders and ministers of agriculture, environment, health, and finance among others.

The scarcity of high-quality, timely agricultural data is directly complicating countries’ plans for economic growth and efforts to reduce poverty.

The Summit and its year-long process are built on a series of interdependent dialogues in which everyone can debate and settle on actions that can make food systems more healthy, sustainable and equitable. The impact of these conversations—and subsequent ones as countries and individuals implement the actions – will depend wholly on our ability to identify and quantify the needs of the agricultural sector.

Cattle graze at a farm in Delmas, in Mpumalanga province, South Africa.

The task is huge. We know for example that most low- and lower-middle-income countries do not have basic data to measure labor productivity, income levels of small holder farmers, and the area used for productive and sustainable agriculture, and that only 10 countries in Africa, Asia and Latin America have data on the percentage of people by sex with ownership or secure rights over agricultural land. Further, because of the Covid-19 pandemic, 90% of national statistical agencies in low- or lower-middle-income countries already missing data in agriculture and rural development report facing further difficulty operating due to funding constraints. 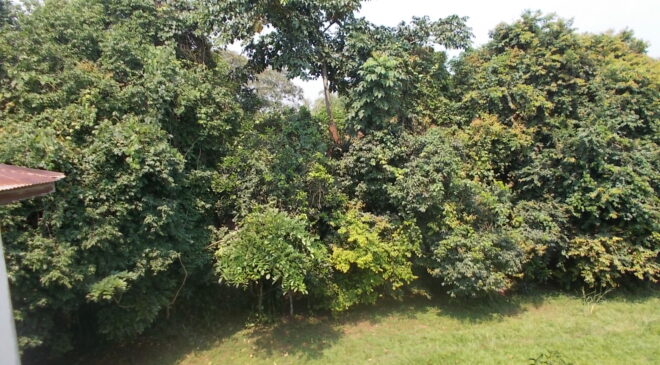 As African women and believers in self-determination, we are looking to countries themselves to produce this missing data. They need to ensure the continuous generation and use of increasingly granular data to design national and regional policies that are relevant and effective. If countries own the full data production process, they can guarantee its sustainability.

What this will require is partnerships between governments and the private sector, youth, researchers and civil society that yield innovations in agri-food systems, especially digital ones. There are plenty of examples to follow. There are new digital platforms that allow data on land and water resources produced through satellite imagery to be analyzed and translated into accessible information. Artificial intelligence is being used to analyze plant behavior and help farmers better manage water consumption through improved irrigation systems. There are national initiatives too, such as countries that are providing agriculture extension services to farmers to help them analyze production and identify ways of increasing it.

The Food Systems Summit not only has the potential to improve food access to the majority of humanity, it also can help the world achieve critical progress on all 17 Sustainable Development Goals. And we know that financing Sustainable Development Goal 2 to end hunger would only cost donor governments an additional US$14 billion a year on average until 2030. Yet we risk falling short of these lofty yet attainable goals if we lose sight of the fundamental role that numbers play in the process. To think about systems transformation without data is like planning a voyage without destination or roadmap. How will we know which way to go, or better, when we have actually arrived?